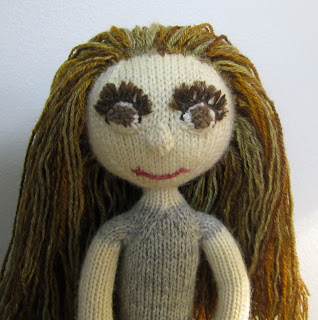 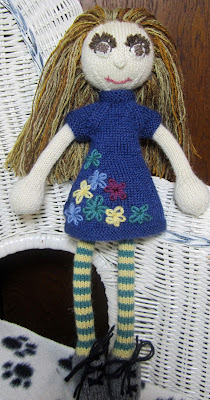 Winston and she are great pals! 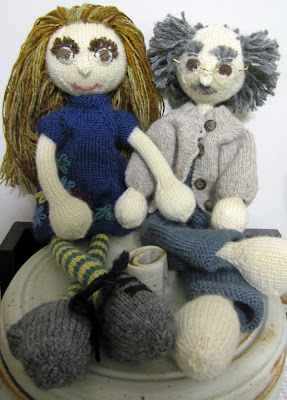 These dolls are just so much fun!  Somewhat addicting.  I've stopped (for now) but I'm sure I'm not done creating these guys.  It's just an amazingly written pattern.  They are totally seamless - needing seamed only in 3 places - crotch and underarms - very small seams.  The challenge is getting them stuffed solidly enough so that their neck is rigid.  Especially for those of us that like to create masses of hair - it makes for head-heavy dolls.  There are lots of fun clothes patterns in the book also.  Yes, I'm done for now.....done for now.....done for now.....

Since I last posted, I also finished several other items, although not as much fun. 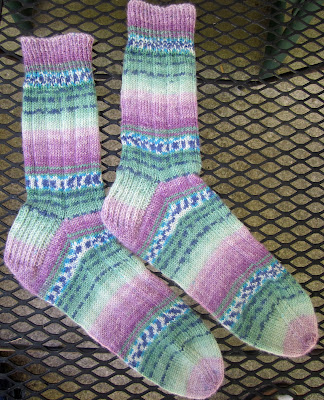 A pair of PlainJane socks - for me.  These are knit out of Opal, in one of the "sweet and Spicy" colorways.  As always - Opal can't be beat, for fun and durability.  At least IMO.

I dug into my deep stash to find some worsted weight yarn - handspun that has been around since 2009.  Some of my first spinning results, combined with some scraps of other handspun went into these mittens: 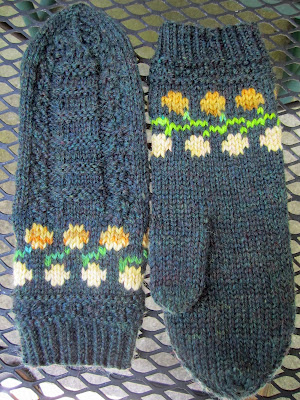 This is a pattern by SpillyJane, called "Anna's Mittens".  This pattern has been in waiting since 2009 also.  August's challenge with the "I Make Mittens" Rav group was to knit a spillyjane pattern, so FINALLY these were knit up.  I rarely knit with worsted weight yarn, but this was a quick and fun project.

A little more challenging was this pattern, "Rowan" by designer Natalia Moreva of Kulabra designs. 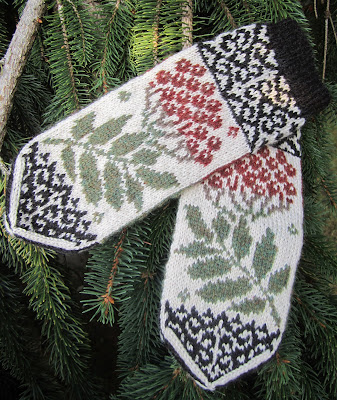 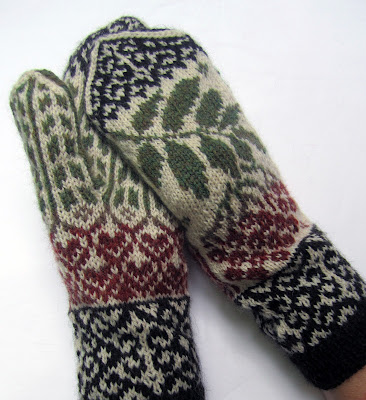 (I like the palm side almost as much as the front.)  I knit this as a "test" for her, although I'd call it more a sample knitting.  The pattern was perfect, and I just knit it up and sent her photos.  It was a joy to knit, and they fit me perfectly.  I knit them out of Knitpicks Palette that again was deep stash, so 4 days of "free" entertainment.  Sigh..... retirement bliss!  LOL.   While I don't think this pattern is available for purchase yet, she has some gorgeous patterns that are.  I plan to purchase several.  Normally I don't care for the peasant thumb construction, but she allows enough room for adequate movement of the thumbs. I really hope that I can knit more "tests" for her.

My local curves closed down.  Here yesterday - gone today.  Literally!  Enough said.  Grrrrrrr.  I was probably in a rut anyway, and a change was past due, but I was a little unhappy with how it was handled by the owner of the location.  But, EnoughSaid!

So, I scurried around finding resources in my area for a regular exercise program.  While I was totally willing, and expected to pay for such, I discovered several free offerings.  One gem is offered at our local senior citizen center.  There is a personal trainer that comes 3x a week, and teaches an hour long class.  Yes....an oldie class.  But, I AM an oldie, so say no more!  Anyway, it's so much fun....and a real workout!  She's terrific in that she assesses all of our physical abilities and pushes us.....just enough!  I have been going for 3 weeks now, and I must admit that I look forward to it - immensely.  I'm exhausted, hot and sweaty when I'm done, but it feels so good, and is so much fun!  Meeting lots of nice people too - which is another plus.  Makes me feel just a little less guilty when I sit on my bottom and knit, knit, knit......  I can live with guilt though, if need be.

We had BG for a sleep-over this weekend.  (I always called him my personal trainer, if you will remember.  He kept Granma moving!!!)  We saw the new Disney movie "Planes".  Grandpa liked it especially, I think.  The old-man, retired, beat-up military airplane was a bit of a hero in the end.  :)  Following that was dinner at Perkins (BG's favorite restaurant - free cookie for kids marketing is priceless).  I heard quite a few details about kindergarten.  I don't think I'll ever forget how much his face brightened with enthusiasm when he told me he was "Table-Leader" for his table.  I'm not exactly sure what that duty entails, but it comes with a huge dose of excitement!!!

The Iowa State Fair started last Thursday.  BG's school - the entire school K-5th grade went for a field trip.  I can't imagine taking a bunch of kids to the fair!  But, they had a great time, apparently.  At least I know one kindergartener that did.  I went with a friend, staying several hours less than the kids did, and we were exhausted.  There is just "something" about walking around the fair that produces a certain type of exhaustion.  My friend calls it "museum walk" - and she may be right.  It's such a slow gait.  Both of us walk a lot and are in fairly good shape for "ladies of a certain age" - but we were so ready to come home!

Speaking of the fair, it's now day 4, and so signs of allergies for Sofee.  I'm not sure what's going on.  Ragweed pollens are very high according to the local news.  My daughter is suffering, and Sofee always shares the same "bad" days as my daughter has.  So......  I'm keeping my fingers crossed for a small miracle to occur.  (Actually it would be a HUGE miracle to us).  She's been on some new Omega supplements for 7 months, and I've switched her to a fish based food, both on the suggestion of her vet.  But..... well, time will tell.  We've also had our AC on nonstop, and I'm not letting her go outside except to potty, which may also be helping.  But..... I'll keep you posted!

A little over 3 weeks from today, Miss BG2 will be born (if not before).  So, unless I pick up my blogging pace, the next blog post may very well contain baby news.  I can hardly wait!!!!!

Hope you all have something to get enthusiastically excited about!
Catch ya later - k

You knitted some really lovely items that I'm sure are vital to your chilly winters. LOVE the news on Sophie (fingers crossed here too). I have a great niece that is a few weeks old (so darling at that age). How much fun it will be to have another little one. Will you be knitting her something for winter? 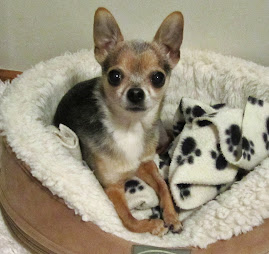 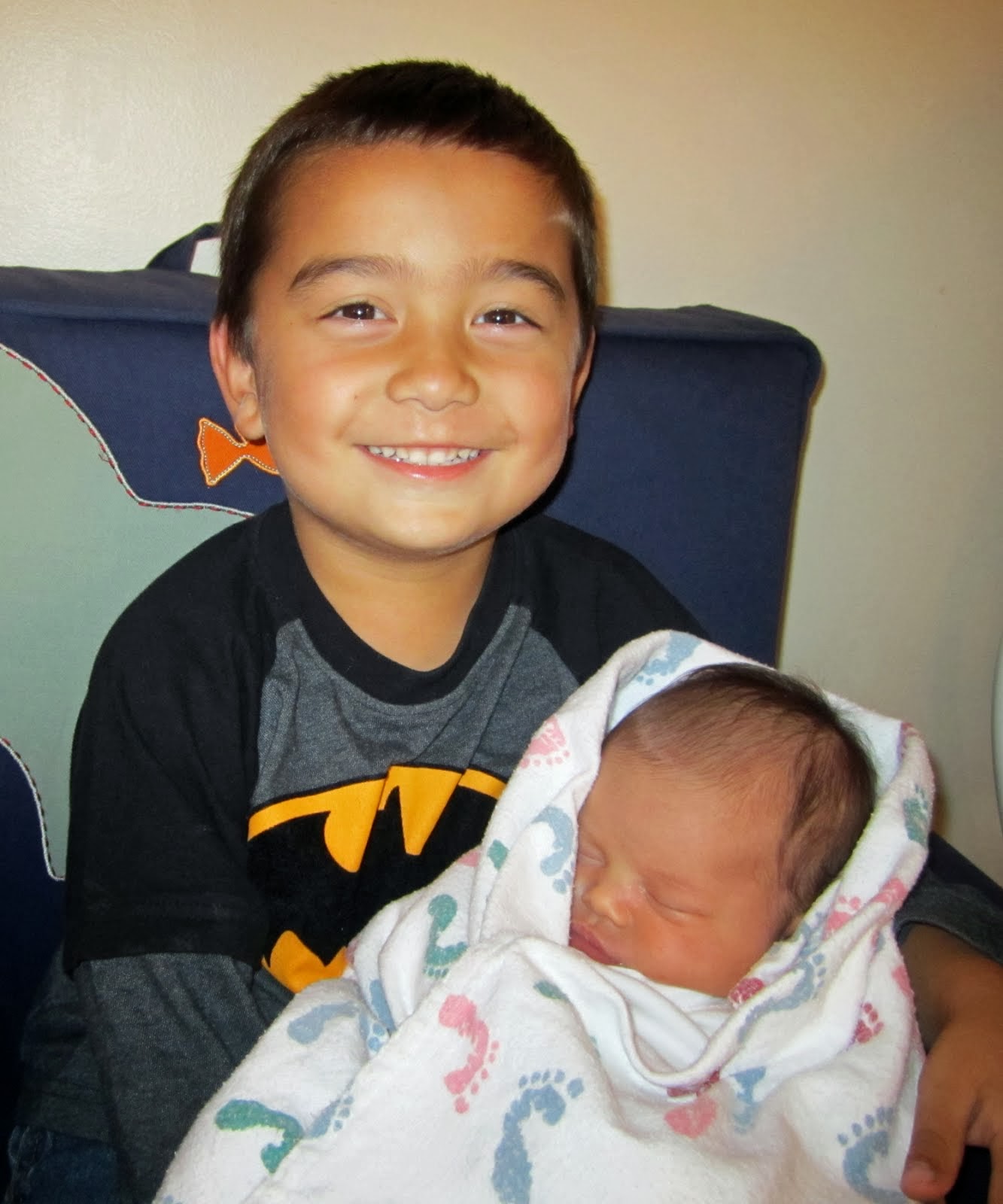 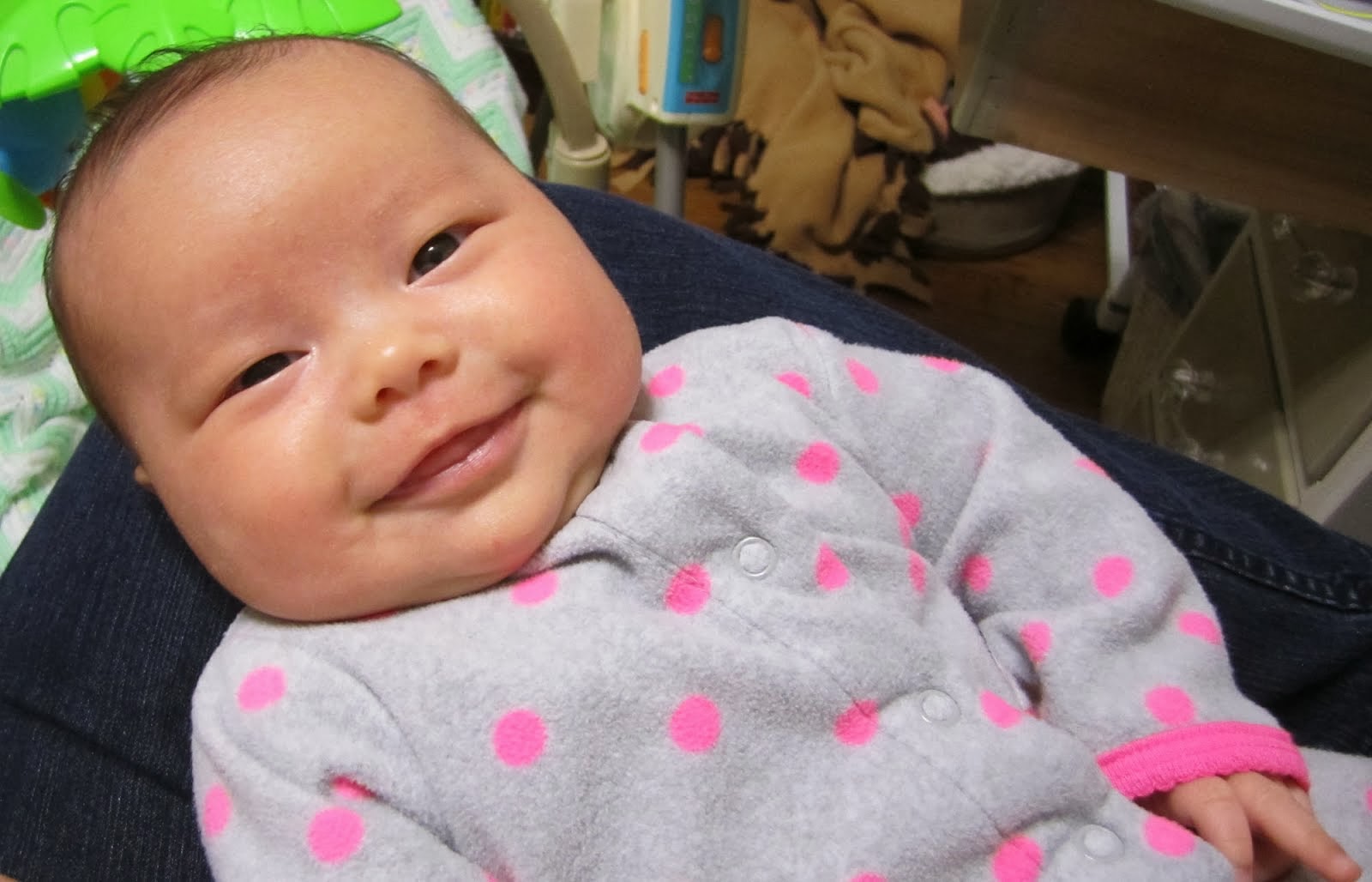